What Is Automatic Test Equipment (ATE)?

As of 2019, the global automatic test equipment (ATE) market is worth $6 billion. As more and more equipment becomes equipped with electronics whose performance and functionality to be tested and validated prior to deployment or sale, we expect to see this number increase. 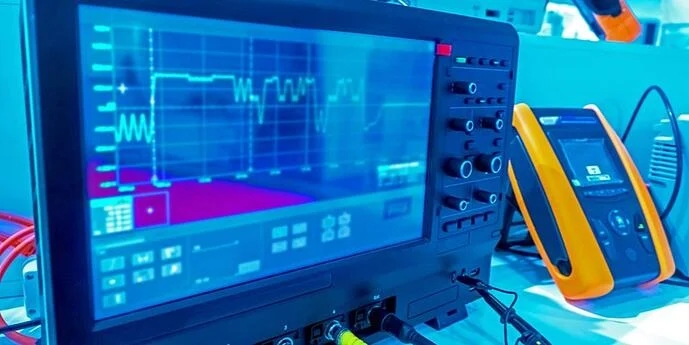 ATE is a useful data acquisition and diagnostic tool for testing a variety of electronics in various industries, including defense and aerospace, automotive, industrial automation, among others.

ATE is directly responsible for ensuring that end users of electronic equipment not only acquire devices that perform and function as intended, but are also not exposed to danger as a result.

What is automatic test equipment (ATE)?

Many electronic devices in use today are tested by ATE to ensure adequate performance, functionality, and the safety of those who will use, or directly and indirectly benefit from the use of, such devices.

What are the components of an ATE system?

Important to note is that not all automated test solutions use the same hardware, software, test instruments, signal sources, and probes or handlers; these configurations vary widely depending on the device being tested by the customer and the parameters requiring measurement.

How is ATE used?

ATE controls, monitors, captures data using, and derives insights from a wide range of test instruments and signal sources, including:

Here's how an ATE system works in a nutshell:

A high-performance data acquisition (DAQ) computer, sometimes called the master controller, runs special test software, or DAQ software, such as National Instruments' Automated Test Software Suite, that controls and streamlines the test station's instruments and signal sources. The master controller typically has lots of PCIe slots into which any PCIe-based signal or sensor expansion cards are inserted. These cards allow the DAQ of the DUT, UUT, or EUT to take place.

The raw data captured by the test instruments is monitored, analyzed, and stored using the master controller’s signal sources and test software. These readings are then used to determine whether changes to the device need to be made, whether it's ready to head to an integrator or end customer, or whether it’s ready to hit the shelves.

How is ATE useful and beneficial?

The overall purpose of ATE systems is to ensure that electronic devices perform and function as intended once they’re in the customer’s hands, which consequently prevents defective or faulty devices from entering the market.

If faults or defects are detected during testing, ATE also helps diagnose why, which allows manufacturers to finetune and make corrections where necessary before their devices are sent to customers.

In fact, there are a host of benefits associated with using ATE, including:

What industries and companies use ATE?

The aerospace and defense industries are big buyers of ATE because of the lifesaving, mission-critical, and safety-critical electronics deployed on military aircraft, ships, ground vehicles, and in weapons, missile launch , radar, and wireless communication systems.

These electronics need to be assessed to a greater extent than electronics in other industries for critical safety and national security purposes. As such, aerospace and defense companies spend a great deal of time and resources on testing and validation prior to deployment.

Pretty much anything from a missile launch system to avionics systems on the latest fighter aircraft is assessed and validated by aerospace and defense companies before fielded by the DoD, reducing the likelihood of a failure to launch or a Mayday situation during a mission.

But aerospace and defense aren't the only industries who make frequent use of ATE. Outside of these two industries, the following industries also use ATE to test their electronics: